A Spring Crop of Ethics Issues in Trump’s World

Despite appearances, it’s spring and Donald Trump and his attorney Michael Cohen have provided us with a brand new crop of ethics issues. Let’s take a look at the issues that have come up and how they would be treated under the Pennsylvania Rules of Professional Conduct.

First, unless you have been on a complete vacation from the news, you have already heard and read a lot about the Stormy Daniels matter. (FYI: a news vacation is possible; read about one man’s break from reality here.

Actually, paying settlements out of one’s own pocket is not what lawyers do for their clients, high-profile or otherwise. Rule of Professional Conduct 1.8 (e) forbids a lawyer from providing “financial assistance to a client in connection with pending or contemplated litigation.” (The rule does permit financial assistance in some cases such as the advancing of costs and expenses of litigation in contingent matters or paying pay costs and expenses for indigent clients.) Rule 1.8 is found in the “conflicts” section of the rules; it is intended to prevent lawyers from having too great a stake in a litigation thus creating a conflict between the lawyer’s interest and the client’s interest.

What are the stakes here for Cohen? First, if the payment was made “in connection with pending or contemplated litigation,” it violates Rule 1.8, exposing Cohen to disciplinary sanctions. But that’s only the beginning. If the payment was made as part of the campaign effort, as the timing suggests, it may have violated federal election laws as it was both unreported and exceeded the permitted amount for an individual contribution. Therefore, if Cohen and Trump agreed to the payment as part of the campaign effort and agreed not to report the payment as an in-kind campaign contribution, this would violate Rule 1.2(d)’s prohibition against assisting a client in engaging in fraud. It would also violate Rule 8.4(c) which forbids conduct involving dishonesty, fraud, deceit or misrepresentation.

Cohen has also indicated that he acted on his own and that Trump was not involved in the payment. This raises the question of whether Cohen had proper authority to act at all. Rule 1.2 requires a lawyer to abide by a client’s decisions concerning the objectives of the representation, so long as they are lawful, and to “consult with the client as to the means by which they are to be pursued.” The rule permits a lawyer to “take such action … as is impliedly authorized to carry out the representation.”

But perhaps Cohen has a defense to a violation of Rule 1.2. One could easily speculate that, Trump, seeking deniability, directed Cohen to use whatever legal means he could to prevent  Daniels’ story from being told and leave him out of it. In that case, Cohen’s drafting of the agreement may have violated Rule 1.1’s duty of competency.

The agreement itself includes clauses that set out duties and warranties from both the pseudonymous D.D. (assumed to be Donald Trump) and PP (Stormy Daniels). See Clifford v. Trump, et al. 18-CV-02217, (C.D. Cal. 3/16/18) DKT. # 1-1, Exhibit 1.1 at p. 20, agreement ¶ 4.3. Notwithstanding the duties and rights the agreement purports to determine, DD never signed the agreement. The agreement specifically states: “… this agreement, when signed by all parties, is a valid and binding agreement, enforceable in accordance with its terms.” Further, Cohen’s statements indicating that Trump was unaware of the agreement may support an argument that there was no “meeting of the minds” to support the contract. In addition, the use of liquidated damages clauses far more than real damages and the potential violations of election laws may make the agreement void as a matter of public policy. These are all circumstances that Daniels’ lawyer is now using to void the agreement.  The agreement’s vulnerability on at least some of these points seems to have been easily preventable with proper drafting, thus implicating the duty of competency.

Things got even more thorny for Cohen just a few days ago when Daniels’ amended her complaint to include defamation charges against Cohen and moved for limited discovery.  This request for limited discovery seeks two depositions of no greater than two hours,” seeClifford v. Trump, 18-CV-02217, (C.D. Cal. 3/27/18) DKT. # 16-1. The individuals Daniels seeks to depose are Cohen and Trump. Cohen’s position as a co-defendant with Trump makes his further representation of Trump’s interests very difficult to say the least, considering the conflicts it creates. To complicate things further, if the depositions are granted, will Cohen’s statements that he was acting on his own vitiate any attorney client privilege that Trump seeks to assert? I leave that question to my next column.

Lawyers have been in the news a lot lately, and the images that have been both positive and negative. But no matter what the legal issue du jour is, this last year has shown how important lawyers are to the protection of the institutions that are vital to our practice and our society: the truth, the independence of the judiciary and the rule of law. Recently, I was reading the preamble to the rules and I was struck by the values and standards that we as a profession live by. Here’s a sample from the preamble, paragraph 6:

As a public citizen, a lawyer should seek improvement of the law, access to the legal system, the administration of justice and the quality of service rendered by the legal profession.

As a member of a learned profession, a lawyer should cultivate knowledge of the law beyond its use for clients, employ that knowledge in reform of the law and work to strengthen legal education.

In addition, a lawyer should further the public’s understanding of and confidence in the rule of law and the justice system because legal institutions in a constitutional democracy depend on popular participation and support to maintain their authority.

With that—Happy Spring to all my friends and colleagues!

Reprinted with permission from the March 29, 2018 issue of The Legal Intelligencer. © 2018 ALM Media Properties, LLC. Further duplication without permission is prohibited.  All rights reserved.

Did the President’s Lawyer Cover Up his Client’s Cover-up? 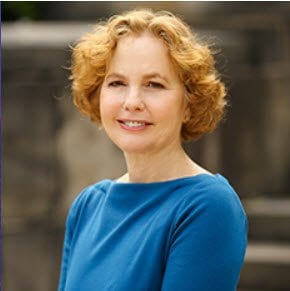